All the world's a lobby...and all the poor citizens, merely players.! 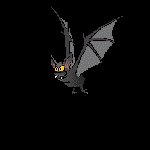 "THE PUBLICANS: They knuckled under for the smoking ban but showed their strength when they forced Justice Minister Michael McDowell to withdraw his plans for cafe bars after ministers, like Mary Coughlan, weighed in on their behalf and Bertie Ahern was faced with a backbench revolt.

The argument that cafe bars would increase availability of alcohol was laughable in the context of places where Irish people go on holidays, like Spain, Italy and France.

Answer: Abolish licences altogether and charge a healthy annual fee to anyone who wants to sell alcohol.

Ibec: Essentially, the Irish Business and Employers Confederation works on behalf of big and small business to keep wages down and all the profits among a small group of people. Its only real task in recent years was to prevent benchmarking. It failed miserably. Answer: Stop talking to them.

Irish Congress of Trade Unions: Their aim is to ensure that the trade union movement has easy access to government. Now dominated by the public service unions, Congress is really a way for the best paid civil servants to rubber stamp increases for themselves. Nurses and other lower paid civil servants have been left at the bottom and will be kept there if the ICTU has its way. Answer: Stop talking to them.

Farmers: As any economic observer will tell you farmers have way more influence with government than they deserve. There is a huge apparatus established around servicing the every need of these whingers - even though they don't deliver what the consumer wants, only what is easiest for themselves.

Quangos: The Government should stop talking to all self-appointed quangos. They've had their day. Taxpayers are fed up with them spending their money trying to get something for a minority interest to the detriment of the general public. Not talking to all these self-interest groups would free up a few civil servants to do some real work on our crumbling infrastructure.

The Poverty Industry: It has laudable aims but its basic philosophy is that we need poor people. Why else would they support something as stupid as the Groceries Order? It is none of their business whether corner shops exist or not, their job is to try to provide the best value for their clients: the poor - be it through a corner shop, supermarket or any other shop.

The Gender Industry: It is time to close down all these 'women's organisations' that are bleeding the State. Every second expensive car you see on the road these days is driven by a woman, so why do they need my money?

The Builders: Why is it that a small group of builders, seven it is estimated, control such a huge proportion of development land? Is it because they glad-hand Bertie and his colleagues at the Galway Races? No, they already own the land, they just go to Galway to buy a few rounds for getting it so easily. The difficulty is that these men know how to get land, get planning permission and get it developed.

Answer: Sell off all the land and buildings the State owns but doesn't use, and formulate a plan for real urban renewal in towns and villages.

Banks & Financial Institutions: Their lobbying is so secret none of us really knows what they're at. Answer: Ban them from speaking to any ministers or senior civil servants.

Lawyers: All political parties are infested with lawyers. That's why we have this terrible thing called Tribunalitis, which needs to be called to a halt. Answer: Tell Messrs Moriarty, Mahon and Morris, the Redress Board and anybody else who is investigating anything they have a year to wrap it up for good. "

Dream on Liam.! After life's fitful fever, you may sleep well.

John Drennan has another dream.!

"UP TO last week, Fine Gael's belief that it can win 30 extra seats in election 2007 would have been greeted with uncontrollable laughter.

As recent opinion polls suggest, Fianna Fail are on course for their worst election result since the semi-constitutional days of 1927. If the Fianna Fail vote collapses by 9 per cent, Fine Gael can even aspire to a position of parity for the first time since the FitzGerald era.

In looking at the present figures, Fianna Fail should note that a key factor in all of this is that if there is a 9 per cent swing against them, the party will forfeit all of those bonus seats they picked up in 2002. Instead it will be Fine Gael and Labour's turn to win more seats than they deserve.

Our friends in FF should also note that we have been very conservative about the number of seats they will lose. In five constituencies, we have given them the benefit of the doubt whilst the opposite applies to Fine Gael.

The final critical influence which we have applied to our analysis is that a strong Rainbow performance and the unreformed status of SF/IRA - well, they are murdering and operating protection rackets less than a thousand yards from the Dail - means they will not make the expected breakthrough in 2007.

Bertie's worst day ever will begin in Carlow Kilkenny where Fine Gael can pick up a seat with either Labour or the Greens edging out Fianna Fail for the fifth seat.

Though FG will run Independent Paudge Connolly very close, we are taking the conservative position of saying the status quo will continue in Cavan Monaghan thanks to Rory O'Hanlon's patriotic decision to shoulder the burden of the Ceann Comhairle's post.

Fianna Fail's embedded strength in Clare means there will be no change there either, though once again FF will be struggling gracelessly to win the last seat.

We are also giving FF the benefit of the doubt in Cork East too where Ned O'Keeffe's strong personal vote will save Bertie's bacon.

That, however, is the end of the good news. Over in Cork North Central, FF will lose by default since this is now a four-seater.

Something similar will happen in North West where a fratricidal war between the Moynihans (Michael and Donal) and Batt O'Keeffe sees Fine Gael secure another gain.

In Cork South Central, the return of Fine Gael's prince Simon Coveney and the princess of the Barry dynasty, Deirdre Clune, will see Fine Gael gain another seat.

There is joy in Cork South West where the perennially youthful PJ Sheehan will regain a seat at the expense of whichever unfortunate candidate FF chooses.

In Donegal North East, Fine Gael Senator Joe McHugh and SF/IRA pick up seats at the expense of Jim McDaid and the Blaney dynasty. Over in Donegal South West, Fianna Fail's Mary Coughlan will be in desperate trouble courtesy of a swing from FF to FG and SF/IRA's Pearse Doherty, though the putative future FF leader may be saved by the gutless ineptitude of Pat the Cope Gallagher.

This will be followed by a rare good news story for SF/IRA in Dublin Central where the triumph of Mary Lou McDonald will see Bertie experiencing the humiliation of being the first Fianna Fail leader ever to fail to bring in a running mate.

In Dublin Mid West, Fine Gael can begin the task of restoring itself to its 1997 seat level while in Dublin North, a 9 per cent swing against FF and the arrival of FG's glamorous Celebrity Farmerette Mairead McGuinness means nothing can save the second FF seat.

Singing TD Finian McGrath will terrify Ivor Callely in Dublin North Central while in Dublin North East, there are more surprises in store as the youthful Michael Woods, 70, bids farewell to national politics. The real surprise here is likely to be the failure of SF's Larry O'Toole. Instead the hill of Howth will see FG secure a 'surprise' gain.

In Dublin North West, new moral Fianna Fail's Pat Carey will be replaced by a rather different sort of gentleman called Dessie Ellis while lovely Liz O'Donnell will learn the hard way that even the southside does not tolerate part-time politicians. Instead Alan Shatter will regain his old occupation of Fine Gael government back-bencher.

Over in Dublin South Central, after much mayhem, a small swing to Labour will see Eric Byrne gain a seat at the expense of FF's Michael Mulcahy.

In spite of its own best efforts, FF will retain a seat in Dublin South East as the Green's John Gormley falls victim to the FG revival.

One of the more intriguing features of the present figures is that a strong Fine Gael performance threatens Fianna Fail rather than Labour.

The likelihood of this scenario is typified by Dublin South West where Conor Lenihan and Charlie O'Connor will be locked in a desperate struggle for the sole Fianna Fail seat.

Dubin West is too boring to mention. However, in Dun Laoghaire, a certain Fine Gael gain and transfers from the Rainbow to Ciaran Cuffe means two of the great political dynasties will be engaged in a desperate struggle for the last seat where Fiona O'Malley will prevail over Barry Andrews by fewer than a hundred votes.

Back in the West, it's grief unrequited for FF. After a long useless career in Galway East, FF's Noel Treacy will lose out to FG. Though Galway West should be unchanged, there will be a shock in Kerry where rumblings on the ground suggest the seat of Martin 'Gunrunner' Ferris may not be as secure as people think.In Kerry South, the Healy Raes will just see off FG while Kildare North will divide equally between FF, FG Labour and Independent Labour/DL. In Kildare South, if Fine Gael can manage the easy task of finding a charismatic alternative to Alan Dukes, FF will lose again.

If Tom Parlon can contain his losses, FF will be reduced to two seats in Laois Offaly for the first time since 1973 while a FG gain in Limerick East will lead to another desperate FF/PD struggle for the last seat.

Limerick West will say 'Hello Fine Gael, goodbye Collins dynasty'. In Roscommon/South Leitrim, a weak FF team will see FG win two out of three while in the truncated version of Sligo/Leitrim, FF, Marian Harkin and FG will share the spoils.

The status quo will continue in Louth but in Mayo, the prospect of the West's first Taoiseach and Beverley Flynn's spoiler role means FF will win a humiliating solitary seat.

Over in Meath, Labour will defeat Joe 'Bullet' Reilly while there is another gain in Tipp South courtesy of Phil Prendergast and Wicklow courtesy of the departure of Joe Jacob.

A strong FG showing may actually save the Labour seat in Waterford. Still, FG will secure some consolation in Wexford where the strength of the Rainbow team will result in another disappointment for SF/IRA. In Tipp North, Fine Gael will also take Michael Smith's seat if Bertie doesn't do the decent thing.

If the honours are shared in Longford Westmeath, even conservative pro-government reading of the present poll ratings provides us with a stunning result where Fine Gael (52) and Labour (25) can pick and choose between the PDs (6) or the Greens (5) as to who will make up the third leg of the Rainbow.

Of course, there is one alternative. If Fianna Fail has 59 seats and Labour 25, surely the "cutest, the most cunning of them all" wouldn't chance his arm? What do you think? "