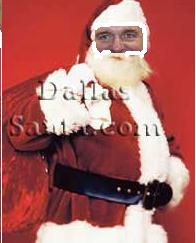 While Fianna Fail could spend 200,000 taxpayers Euros on a one day propaganda blitz in the media to justify the destruction of Royal Tara and the beautiful Dalgan Park Demesne,

with a new motorway;-the same week,they rush in emergency legislation  in 2005 to deprive the poorest of the poor, of what is rightfully owed to them.

A rampaging gang of heartless Soldiers have been mugging medical card holding, old age pensioners,asleep in their nursing home beds.

The so called Soldiers of Destiny gang have also stolen a cool 11 billion Euros from Irish taxpayers in the past year alone.

Some of the money has been laundered by Fianna Fail Councillors countrywide who heretofore supervised remote fiefdoms such as Cavan Hospital,where idle administrators,nurses,and feuding consultants have been roaming the empty corridors and wards for years!

The leader of the Soldiers Bertie Ahern has confessed his inability to contain the excesses of the most unruly elements under his control,and has appointed a special High Envoy,one Mata Harney,who has been granted unlimited powers,to deal with the crisis .

The powerful public service unions are gearing up to combat this arrogant interference with their members cushy jobs-as are the disgruntled local councilors who face losing massive perks,such as travel expenses, etc etc.

Heartless Bertie has however announced a complete amnesty for those of his soldiers who stole from the poorest of the poor,the medical card holding, old age pensioners.They will keep the bulk of their ill gotten gains.

This is a once off amnesty for my men,he declared from the back of his reindeer drawn state Mercedes car,as he distributed the crumbs and morsels from the T.D.s Annual Leinster House Christmas Banquet,to the stray dogs and mangy curs foraging for scraps,in the rubbish bins on the side lanes,near Kildare Street.

He was dressed in red for the occasion,as befitted his new socialist credentials.

A long white false beard was wrapped around his hard neck.A troublesome T.D. named Joe Higgins,had to be removed by police.He accused Bertie of stealing not only his cape,but his credentials,passport and good name,besides.

Bertie added  Its a load of rubbish .As for refunding the cold folk their money,eaten bread is soon forgotten,(we hope) .At any rate my Ministers  have already spent all that old age pension money, on spin doctors,and beautiful P.R. consultants.!

From your great Socialist Leader, Bertee-scru-yu.

BERTIE BLAMED FOR HURTING THE POOREST OF THE POOR.

(Not the poor farmers or the poor pensioners.!)

Why did Julian Filochowski, former Director of CAFOD (Catholic Agency for Overseas Development) say, the poorest countries were being forced to trade their goods in conditions which are "unjust and impossible".
He stated: "More than three billion people are on less than $2 a day and yet the subsidies which every cow inside the EU receives or the farmer receives for them is more than that - $2.20 a day. It is even higher in the US and higher still in Japan."
The subsidies allowed farmers in the West to dump produce at low cost on the world market squeezing out those from poorer countries who could not compete, he said.
Mr Filochowski attacked Ireland for using one third of EU subsidies and criticised it for blocking a scaling back of EU cotton subsidies during its EU Presidency.

Why should Fianna Fail set up a multi-million pound slush fund called The National Reserve Fund to compensate Irish Farmers with IRISH TAXPAYERS MONEY,simply because the E.E.C.are retrenching from these ruinous subsidies,or worse still because some Irish Farmers will fail to meet the lawful E.E.C.requirements,- such as pollution control-which will qualify them for  existing handouts.?

Why should Irish Farmers who have cheated the E.E.C,and received lucrative grants for the past 15 years,to plant forests on marginal farmland,not be obliged to repay this money.?

The E.E.A.(European Environmental Agency)has stated that much of the land used for this purpose-especially in the west of Ireland-was peat bogland.These same illegal forests will,in time, cause irrevocable soil change and groundwater pollution.

Why should farmers have to receive 14 days notice of E.E.C.inspection for cross compliance with agriculture and environmental compliance/regulations which will qualify them for a generous PENSION-FOR-LIFE under a new taxpayers scam called;THE SINGLE FARM PAYMENT SYSTEM.?

If the fishing industry-and the agriculture sector have been engaged in widespread fraud for years, why should they now be  otherwise accredited with good behaviour,and given ample notice to camouflage their abuses from inspectors.?

The Fishing Industry Scandal revealed in December 2005,by a whistleblower,despite mounting opposition,particularly,in Donegal.

Ireland is now the only country in Europe,where GOMBEEN GREED has virtually wiped out the salmon fishing industry.

Soon we will see these fishermen asking the government to buy out their now-worthless drift net fishing permits.

And only Fianna Fail would buy them.(wait and see.!)

The Irish Nation Herd consists of some 4 million  taxpayers.

Hermaphrodites all,male and females alike have the largest tits in Europe.(both sexes).

The Irish Farmers Association,-some 120,000 families in all- monitor the milking machines,which are located in Leinster House,and boy, do they suck.!

They are dutifully managed by the Soldiers of Destiny, their current chief milkmaid,one Mary Coughlan.