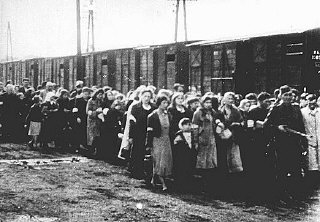 The real cost of decentralisation .THE decentralisation plan unveiled by Charlie McCreevy in his 2003 Budget speech illustrated some very fundamental flaws in the political system.
Firstly, it highlighted the huge potential for abuse of power by a Government or an individual minister.
The proposed distribution of up to 12,000 civil and public servants to the four corners of the country must surely rank as one of the most glaring examples of opportunistic political patronage since the foundation of the State.

Not only are the vast majority of these posts going to locations which do not feature as gateways or hubs in the same Governments much heralded 2002 national spatial strategy, but the resistance of the majority of existing job-holders to follow their jobs must surely result in a huge loss of experience and expertise.
The knock-on effect must be a disruption of government services and a huge retraining burden which will ultimately have to be borne by the taxpayer.
Secondly, the political beneficiaries of this initiative will be those Fianna Fáil and PD politicians to whose constituencies the civil servants are moving.

The financial beneficiaries will be the property developers, builders and estate agents who regularly fill the infamous Fianna Fáil tent at the Galway races.

Large fortunes will be made selling sites and new offices to the civil service throughout the country and redeveloping vacated office blocks in Dublin.

This decentralisation programme highlights the conflict of interest for sitting TDs in having to choose between national and constituency interests.

On the one hand, opposition TDs rightly want to condemn the naked political opportunism and lack of planning of this decentralisation proposal, yet find it virtually impossible to denounce an individual decentralisation move to their own constituency without putting their own Dáil seats in serious jeopardy.

Thus, Enda Kenny recently made the gaffe of describing the overall decentralisation plan as a mess, while simultaneously urging the rapid movement of 160 civil servants to Knock.

A similar dilemma arises for TDs when it comes to the siting of Traveller accommodation, dumps, incinerators, prisons, etc. The decentralisation process should now be put on hold and handed over to an independent body whose remit should be the review and revision of current proposals in the context of the national spatial strategy, Transport 21 and the willingness of appropriately skilled public servants to relocate.

Decentralisation should not be rushed simply to suit the general election needs of the current administration.

No future government or individual minister should have the power personally to direct the location or relocation of any facility.

Of course they must retain the power to set out the desired strategy, but implementation decisions should be the responsibility of a non-political body. This should also reduce the potential for local/national conflicts of interest for individual TDs.

Too much public money is spent by Government ministers on vanity projects in their own constituencies. Its our money, not theirs.

The year 2002 saw the trickle of economic migrants ,turning into a flood. African families,were fleeing from poverty,oppression and despair.Their homeland was ravaged with the worst scourge the world had ever seen.The A.I.D.S.virus.

Irish maternity hospitals were swamped with expectant mothers who proudly issued forth a steady stream of new" black babies",happy little citizens of the Irish Republic.Eamon De Valera never expected that the comely Irish maidens who danced Ceili jigs at crossroads,and put many a penny in the collection box for the black babies,would have to join a long queue to be admitted to the maternity wards.A waiting list for circumcisions,was added to all the other waiting lists in our public hospitals..female genital mutilation is not yet(oficially)on the agenda.The famous market stalls of Moore Street in Dublin,have an air of Brixton,and white faces are a rarity there-except for a few souls who exit the I.L.A.C. shopping centre by the side...and discover that they have arrived in darkest Africa.

All of this was exercising the minds of Civil Servants and Ministers alike.It was also costing an awful lot of money.Their maintenance was proving terribly expensive,because even those who wanted to work were not allowed to.They started to appear in motor cars and in new prams.Rumour had it that they were costing the taxpayer a fortune.They were involved in numerous accidents and many of them neglected to insure their vehicles.!

By 2004 enough was enough. A fleet of luxury executive jets was chartered to ferry unwanted immigrants back to darkest Africa. Whatever the overall cost of processing refugee applications and providing food,cars hospital care and accommodation for them,the government were not telling

Many wily entrepreneurs made overnight fortunes by renovating old mills around the country and providing sleeping facilities for the migrants.

Revelations under the Freedom of Information Act were a constant embarrassment .It was amended,and made prohibitively expensive to enquire about the spending habits of The Soldierson this or any other problem.

Dawn police raids were taking place on likely hiding places of fugitives who did not wish to be deported,and had gone on the run,

The wages of all councillors,and T.Ds were declared confidential, like those of E.S.B.workers,and other semi-state employees. The Official Secrets Act was re-jigged and sexed up.A blanket of silence fell once more, upon the activities of The Soldiers Of Destiny .Their mass deportation programme for both Muslims and Christians,Nigerians and Civil Servants, some( of whom were indiscriminately airlifted abroad),or urged to board dingy,suffocating passenger trains(C.I.E.variety), and leave the city where they had lived and worked and reared families,  for decentralization sites throughout the country.

Many of these facilities were hastily built by Fianna Fail connected builders,in the constituencies of  government T.Ds, and leased to the State at inflated rents,with 25 year leases,guaranteed to enrich further the businessmen who had so recently strutted like Peacocks in the corruption Tribunals in Dublin Castle.

Those reluctant to travel were promised promotions and special privileges on arrival in the re-location camps of rural Ireland,if they cooperated with this massive "stroke of the century",calculated to destroy the efficiency of our already ruinously expensive Civil Service.

All,calculated to buy enough rural votes to be re-elected,in the next elections.

Meanwhile the businessmen who financed it all were up in arms. "

"A LACK of accountability in the public sector is costing millions of euro and leading to management plans not being implemented", the Irish Small and Medium Enterprises Association claimed . Unless politicians are willing to tackle "middle management bureaucracy "(Civil service),  an independent agency should be established to ensure that the public sector operates more efficiently and provides a "value for money" service, ISME Chief Executive Mark Fielding said.

The recent scandal involving overcharging of residents in nursing homes was an example of the "incompetence and unaccountability" that had existed in parts of the civil service "for years". Heads would roll and companies would go out of business if this had happened in the private sector", he claimed. "Politicians", Mr Fielding claimed, "had been failed by the civil service in the and there was no impetus to enforce the 1997 Public Service Management Act which obliges government departments to publish these tri-annual strategy statements and annual reports." What we're getting is little more than promotional documents. There's an act in place, but it's being ignored," he said. And he said that average wages in the public sector of 41,700 were 43pc above the average industrial wage. Since 1997 public sector pay had increased by 112pc, almost five times the rate of inflation, with Mr Fielding blaming benchmarking payments for the "unmerited blanket increase".

Meanwhile, businesses and taxpayers continue to pay the piper, without any real substantial input into choosing the musical programme."
(Editorial in the 'Sunday Business Post' July 2005;)

The Fianna Fail led government indicated in July 2005 that ALL of the Civil Service departments and the posts associated with them WILL be transferred outside Dublin. They have not indicated what will happen to the many thousands of senior,highly salaried staff left behind who are not opting for relocation. Early retirement on a nice index linked pension perhaps.?These posts will also have to be recreated anew and filled, in the relocated offices.A new recruitment programme- and lots more 'jobs for the boys.'?

October 2005,THE Government's decentralisation plans could top 65m a year, according to the Impact trade union.

It has called for an independent investigation into this and says while some locations are over-subscribed with applications, the take-up among specialist staff is very low at just 15pc.

Impact national secretary, Louise O'Donnell, called on TDs to seek an independent investigation of the cost of the programme "before taxpayers' money is wasted".

She said: "The next Government waste scandal is unfolding before our eyes but it is not too late to call a halt".

The union says that, going on certified figures which it has released, the cost of retaining the rest of the civil and public servants in Dublin will be between 50m and 65.6m a year.

The Impact report, which was released in last night's Prime Time programme on RTE, says: "If decentralisation goes ahead as currently planned, the civil service will need to recruit 876 additional specialists to carry out existing functions in the new locations."

It adds: "Our analysis also shows that, on a conservative estimate, the taxpayer will be burdened with ongoing costs of between 51.1m and 65.6m each year in respect of a similar number of technical and professional civil servants who will remain in Dublin with no obvious role."