Liam left nothing behind in the jurisdiction-except a life insurance policy.!He cheated them all-in the end-except the Grim Reaper.

Angels and me. By Liam Lawlor.

Angels have always been one of my favorite topics, as they represent the good and true things in life.

Angels are always among us.

A world without Angels would be a world without grace and beauty. Angels have existed since the dawn of creation, in every culture myth and tradition.

Angels are the guardians of our well being and serve as inspiration to that which we should aspire to, in order to live a life that is happy harmonious and fulfilling.

Angels have been expressed in art and written about through the ages. Angel pictures has been a favorite for artists for ages. The appearance of wings in many of the depiction's of Angels, is merely to portray their flight between heaven and earth... call it artistic license, but it serves as a reminder that they are not of this earth plane.

. Angels maybe considered superior to humans, because they know that their true essence is LOVE, where as humans have forgotten that their divine hereditary is LOVE.

It is said there are nine choirs of Angels, the first being the nearest to God and the last nearest to man: Seraphim, Cherubim, Thrones, Dominions, Virtues, Powers, Principalities, & Archangels and Angels the ones that work closest to humans, most Angels have el in their name meaning of God.

The four most recognized of the Archangels are Michael, Gabriel, Raphael and Uriel, each representing a season, direction and element. Although there are differing opinions as to their rank, names and station.Other prominent angels,are:Bertie Ahern,Ray Burke,Martin Cullen,Frank Dunlop.Jim Kennedy ,Larry Goodman,and so on.

Angels will always be necessary in the lives of men, as long as people are of closed mind and hardness of heart, lacking compassion, understanding, forgiveness, faith, love, and trust to name but a few of the virtues that Angels have. I know this to be true.I am now an angel.

Yours in cherubic fellowship,Liam Lawlor.

Rogues at the gates of paradise.

I am reminded of a joke, about a bunch of knackers who died suddenly (in a car crash as it happened) and went to join the heavenly queue,hoping to gain admission. When they got to the top of the long winding queue,and reached the Pearly Gates, St Peter did not like the look of them at all, so he asked them to wait there while he went inside and consulted with the Man himself...

Ten minutes later,he returned,to allow them in, but the knackers had scarpered.!  ?" St Peter the Archangel,and guardian of the gates of Paradise asked the  person in the front of the queue."Where did that gang of gypsies who were at the head of the queue, go to.?

"They left,they have gone !" he replied."

"What do you mean they have gone" St Peter said."Gone where"?.  "Just as I said" the man replied, "They left about ten minutes ago- as you can see,they took everything- the gates..everything, is gone.!"

"Liam slipped in the Pearly gates,an hour before I got word he had come over..."(God)

THE 'Sunday World' newspaper failed in feb 2007, in its bid to have Ukrainian woman Julia Kushnir, who is suing the newspaper for libel, lodge a sum of 30,000 in court as security towards costs if her case fails.

A translator, Ms Kushnir has sued a number of newspapers as a result of the reporting of the crash. The first case, alleging libel against the 'Sunday World', will begin in the High Court on February 21.

Ms Kushnir has claimed that she was libelled when it was wrongly suggested that Mr Lawlor was in the company of a teenage prostitute at the time of the accident. (But her name was not even mentioned.?

She is to travel to Ireland for the hearing, along with character witnesses from Tel Aviv, New York and Moscow.

Turning down the newspaper's application yesterday, Mr Justice Michael Hanna said it was breathtaking that the 'Sunday World' should wait until now to make the application.(Do they need better lawyers..

He said it could have been made months ago.

Earier, counsel for the 'Sunday World', John Gordon, in applying to secure costs against Ms Kushnir, said she had brought proceedings relating to an article which appeared in the Dublin edition of the newspaper on the tragic death of Liam Lawlor.

The article did not name Ms Kushnir and the story did not appear in all editions of the 'Sunday World', he said. The newspaper's solicitors had written to Ms Kushnir's side on January 18 last, seeking security in the event she did not succeed in her action.

The result, he said, was an extraordinary letter in which Ms Kushnir's side asked if they had been spying after they made the statement in a letter to the Kushnir side that the translator had no assets within the EU.

Counsel said that the full costs of the Kushnir case would be in the region of 90,000, allowing for a three-day trial. Ms Kushnir, he said, was not an EU citizen despite living in Prague for the last 15 years.

The mere fact of her being a resident of Prague did not exempt her from providing security. For reasons of her own Ms Kushnir, counsel said, chose not to give the court information that might be helpful. Counsel for Ms Kushnir, Paul O'Higgins, said Mr Gordon had cast the case as if Ms Kushnir in some arrogant fashion had failed to answer questions.

Mr O'Higgins said a question was never asked about assets and this application had been made when all the costs in the case had been incurred. He contended it would be inappropriate to grant the order.

The newspapers are fair game for every chancer in the world -even the Ukranian translators it seems..

No State honours for a real hero.! 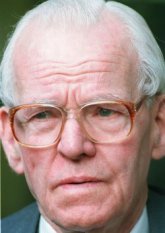 Why did the Taoiseach,Bart Ahern send his aide-de-camp to Liam Lawlor's funeral instead of James Gogarty's. ? Which of the two men "did the State some service" ?

(An Taoiseach,s representation  was made much of during the ceremony, in fact it was announced from the pulpit, is if to suggest ,that here was no villain..but a V.I.P., an honorable man" etc). It would have been understandable, if Bertie Ahern had wished to go to the funeral in a private capacity. They were colleagues for many years. Lawlor was a personable individual and his death was a personal tragedy for his family. But it should not be forgotten that he betrayed the trust of the country and demeaned politics.
He was jailed three times for frustrating the work the Flood and Mahon tribunals. Such contemptible behaviour has been costing the State a fortune, and it is an outrage that the Taoiseach would degrade his office by sending an official representative to the funeral.

The original plan outlined..but Liam was too smart for the posse.. and then God intervened..

Lawlor's millions face seizure in major CAB probe
STEPHEN COLLINS POLITICAL EDITOR
Liam Lawlor is the first political figure to come under scrutiny of CAB, which has the power to seize illegally acquired assets
THE Criminal Assets Bureau (CAB) has begun an investigation into the source of Liam Lawlor's wealth, The Sunday Tribune has learned. Lawlor is the first political figure to come under scrutiny by CAB which has the power to seize illegally acquired assets.
Senior CAB officers attended the planning tribunal during the week after the disclosure that Lawlor was involved in money laundering.
The tribunal heard how a money laundering investigation by Ulster Bank led to the tribunal discovering the existence of Lawlor's offshore bank account in Liechtenstein.
Tribunal lawyers revealed that the operation came to light when Ulster Bank spotted a fake transaction organised by Lawlor which involved a £50,000 foreign lodgement to the account of a local taxi driver.
Tribunal lawyers also expressed their belief that Lawlor holds millions of euro in offshore accounts.
Following the revelations, the head of CAB, chief superintendent Felix McKenna, sent some of his officers to the tribunal to begin collecting evidence for an investigation into the former Fianna Fáil TD's wealth.
CAB, which last year seized assets worth more than 30m, conducted a successful operation against another key planning tribunal witness, former assistant Dublin city manager, George Redmond.
He was detained at Dublin airport on his return from the Isle of Man with a suitcase containing over 150,000.
CAB would have difficulty seizing any funds held by Lawlor in offshore accounts, but he still owns a valuable property on almost 20 acres of land at Somerton House near Lucan.
This property is believed to be worth between 15m and 20m.
The planning tribunal and Lawlor's own lawyers have already sought to recoup fees from Lawlor by seeking judgements against Somerton. Justice Feargus Flood initiated three separate sets of proceedings to recover money from the property beginning back in October 2000.
The tribunal case to force the sale of land at Somerton to realise 430,000 owed to it in legal fees came before the Master of the High Court last Friday.
A decision was adjourned until October. The taxing master has already made a judgement against Lawlor for 630,000 in an action taken against him for non-payment of fees by his own lawyers.
The former TD claims he has no money to pay his various debts but the tribunal does not believe him. The Revenue Commissioners are also interested in Lawlor. Tax officials were among the throng who attended the hearings in Dublin Castle last week to listen to the latest revelations.
Lawlor has done three stints in jail for failing to cooperate with the tribunal and is likely to face another term as the tribunal chairman, Judge Alan Mahon has accused him of telling lies in the course of his evidence.
The CAB investigation is the most serious threat to Lawlor's future at this stage. The bureau had its most successful year in 2002, seizing more assets than it had done in the previous five years of its existence.
CAB was established as one of the central planks of the drive to crack down on organised crime in the wake of Veronica Guerin's murder. Ironically, Lawlor, as a TD at the time, voted in the Dáil in favour of establishing the bureau.
Lawlor's associates, solicitor John Caldwell and gaming arcade owner, Jim Kennedy, have fled the country since the planning tribunal began its investigations and while there has been repeated speculation that Lawlor would do the same, he has stood his ground to date.
July 20, 2003

Cyril Gallagher, another crooked Fianna Fáil councillor, denied that he had an account with An Post when interviewed by the tribunal in 1999. He also denied any knowledge of corrupt payments on the council.

Lobbyist Frank Dunlop has claimed he paid Mr Gallagher £1,000 for his vote on the rezoning of lands at Ballycullen in south Dublin in October 1992.

After Mr Gallagher died in March 2000, it emerged that he did indeed have an An Post account, containing £60,603.

Emma Dalton, barrister, for the Mahon tribunal,(february 2006) said that there was no explanation for eight lodgements to the account between September and November 1992. Most were round-sum amounts ranging up to £3,700.