The rich and the powerful in Ireland are above the law. 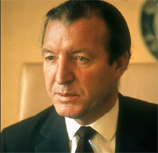 No answers, in the "Stardust"
(author,Katie McDermott)

'The word 'Stardust' can be defined as "A cluster of stars too distant to be seen individually. resembling a dimly luminous cloud of dust". Indeed the answers to this tragedy, including why it occured and why it was dealt with in the way it was (or not), seem to me like a too distant cluster of dust.

The main contention surrounding the outcome of this horrific night is how the Butterly family seemed to come out of the situation relatively unscathed and unapologetic while 25 men and 23 women died in the fire, eleven others were badly disfigured or disabled and 214 people were injured. Nobody is suggesting that it was in any way intentional on their part, indeed it is often overlooked that several Butterly family members worked at the nightclub. However, the reckless attitude with which the management of the nightclub approached fire safety would leave one reasonably pondering their competence and how they are allowed to continue to do business in the door step industry.

It is utterly incomprehensible that there were no charges brought against Butterly for locking or otherwise obstructing exit doors on the night of the fire. To me, this alone (that is, not even taking into account the explosive contents and quantities of said contents which were in the unauthorised store room, the materials in the structure of the building such as the lead windows in the bathroom and the roof tiles which must have made it feel like it was raining acid when the flames took over, I could go on...) was more than a "reckless disregard for the safety of the people on the premises", I would go so far to say that this could be regarded as a wilful refusal to perform a legal duty - a finding which would bring Butterly's omissions into the ambit of involuntary manslaughter.

So why was nobody prosecuted? Why was the only charge from the disaster against John Keegan, who lost two daughters in the Stardust, for assault on Butterly, in his understandably frustrated state? (With Nial McCarthy {a future Supreme Court judge} and Peter Sutherland {the future Attorney General] at his (Butterlys) side for the Tribunal, what chance did any of the families have in achieving justice.?

Besides they were all from a working class area in North Dublin-albeit one nurtured and generously endowed with pork barrel politics largesse (Beaumont Hospital) from Berts old mentor C.J.H..

"We were all Fianna Failers" Butterly said in his memoirs.

The Butterly family for years up to the 14th of February 1981, were business royalty in Dublin: Patrick Butterly, in his autobiography, "From Radishes to Riches", submits that he dined with Government Ministers and that Kevin Boland, the then Minister for Industry and Commerce, joined Butterly for a coffee and a chat nearly every morning. Another interesting Fianna Fail connection was Jack Lynch who asked Butterly to join Taca, the Fianna Fail fundraising initiative for wealthy businessmen. "We were all Fianna Failers" Butterly said in his memoirs.

He even goes so far as to concede that "what you had these people for, was to help get things...if you wanted to know something about your business or you wanted someone who could do something, you didn't get the answers by writing into the papers. You asked these people".

What must frighten us today  is that this family are still in the services industry : public houses (the Silver Swan on George's Quay in Dublin and now on the spot of the doomed nightclub - how could they open this on the night of the 25 year anniversary of all those people's deaths - the average age of whom might I add was 19? There is a sensitivity chip missing there); a betting shop; a petrol station; to name but three.

The numerous Butterly companies whose profits run into double figure millions need not be trawled through now, but the ease with which this surname seems to get one planning permission, the most recent of which is a residential development comprising of 27 apartments on the Swords Road (to Patrick Butterly & Sons, Butterly Business Park, Kilmore Road, Artane, Dublin 5), on the 11th of November 2005 just does not smell right to me...

Indeed,  I have good reason to get a stench, there is something rotten in the State of Ireland and I believe its initials are "F F".'

ANOTHER nursing home that had a "poor report" from a health inspection was named in the Dail in November 2006 under privilege.

He said that a routine inspection in 2004 found it in a "shameful and disgraceful" condition. The physical condition of the home was very run down, with one bedroom shared by four men using a common commode.

Bedford House along with Leas Cross were the two nursing homes where patients from St Itas in Portrane were sent.

In another nursing home, (unnamed) records had been burned in a skip so that when coroners inquests were held there was no files to be found.

The "no longer with us"

Liam Lawlor was seen tending to a bonfire in his back garden in lucan when the Tribunals and the Criminal Assets Bureau were closing in on him.

Two Fianna Fail builders,Brennan & McGowan had all their files( 30 years ) stored in a portacabin somewhere in north county Dublin when they were destroyed in a mysterious fire.

Gosh thank heavens there were no innocent young victims, in any of those premises, as in another mysterious so called "arson" holocaust some years ago when Fianna Failer Eamon Butterley  and his father was cleared of all guilt by the authorities for the deaths of 48 young people when he locked the emergency exits.

His multi-millionaire sons are mean Ba**ards too..

'Loyal' snooker hall manager claims he was paid only 3.30 per hour

A DUBLIN pensioner who "stuck by" the Butterly family during the Stardust tragedy is taking a 60,000 unfair dismissal and wages claim against his former employers.

The dispute will be heard, in part, by the Rights Commissioner within weeks.

Oliver Ryan (75) worked as a snooker hall manager for Patrick Butterly Ltd, the owners of the Stardust, for 23 years on a weekly salary of 253.95.

The hourly rate of 3.30 an hour Mr Ryan claims he was paid was less than half of the national minimum wage of 7.65 an hour.

Mr Ryan began working for the company in 1983. His lawyers said he had an "intense loyalty" towards the Butterly family and had supported them through their difficulties following the disco hall fire.

The 1981 Stardust tragedy claimed the lives of 48 young people when the hall went on fire during a St Valentine's Day dance.

Mr Ryan claims he worked between 77 and 80 hours a week in "appalling conditions".

He had no proper rest periods, breaks or holidays, relying on his son and daughter to provide cover for him when he needed to take a break, the Employment Appeals Tribunal was told.

His original salaried position, which had not changed since 1983, was terminated last year following the closure of the snooker hall in 2005.

Mr Ryan, who continued to work for the company after the closure of the hall, claims he was unfairly dismissed.

But the Butterlys say that the elderly Dubliner - who enjoyed "a personal as well as an employment relationship" with the company - was offered a "fair" redundancy package of 7,500.

Colm Butterly, a company director, told the tribunal that all the Butterly Group's employees had supported its companies following the devastating fire.

He said he valued the time Mr Ryan had spent with the company but said he was "happy and confident" that the Butterlys had honoured all their obligations to him. The unfair dismissal hearing has been adjourned pending the outcome of the 60,000 wages claim, which will be heard by the Rights Commissioner within weeks.

Forty-eight young people were killed in the fire which engulfed the Stardust nightclub in Artane, Dublin, at a St Valentine's Day dance in February 1981.

Five of the Stardust victims, who had not been positively identified at the time of the disaster and were buried together, were exhumed earlier this month.

The remains of Eamon Loughman, Michael French, Murt Kavanagh, Richard Bennett and Paul Wade were taken to the Dublin City Morgue, where DNA sampling was carried out.

These samples were later sent to Britain for specialised analysis, and results are expected in late April at the earliest.